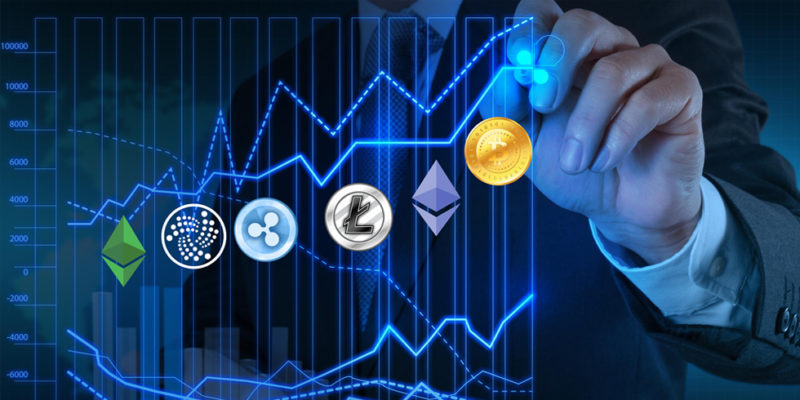 Bitcoin has been known by many to be the most famous decentralized cryptocurrency. However, besides bitcoin there exists other altcoins that confer a great value as well. Are you interested in learning about other cryptocurrencies? Well, bitcoin is not alone. Here are others.

Statistics show that as of July 2018, Litecoin had per token value of $87.56. The coin was created by former Google engineer and MIT graduate named Charlie Lee. Just like bitcoin, Litecoin is not controlled by any central authority. It uses ”scrypt” as proof of work. Different from bitcoin, Litecoin has got a faster block generation rate. This means that it offers a faster transaction confirmation.

The coin is based on an open source global payment network. The coin is generally accepted by merchants with the number growing each day. In July 2018, it had a market cap of $5.03 billion.

It was launched in the year 2015. ETH is a decentralized software platform. It enables Distributed Applications and Smart Contracts to be built and run without downtime, fraud, control or third party interference. There exists a component called ether which acts like a vehicle within the ethereum platform. Developers seeking to develop and run applications within ethereum and investors aiming to purchases other digital currencies are the most interested parties in ether.

Value per token of ethereum as of July 2018 was $474.66 and a market cap of $ 47.84. Ethereum is the second most important cryptocurrency from bitcoin.

ZEC claims to offer extra security where all the transactions are recorded and published on a blockchain. However, finer details involving the sender and recipient, and the amount are kept private. Statistics show that as of July 2018, Zcash had per token value of $206.23. It had a market cap of $904.85 in the same month.

It was originally known as darkcoin. Dash is a more secretive version of bitcoin. The working of Dash makes transactions almost untraceable. This because it provides anonymity since it works on a decentralized mastercode network.

Dash was launched in January 2014. Since then it has experienced an increase in fan following despite the short period of time. The cryptocurrency was created by Evan Duffield. It can be mined using a GPU or a CPU. Studies indicate that in July 2018, Dash had a market cap of $2.19 billion and value per token of $266.58.

Bottom line
In conclusion, it would be correct to say that bitcoin has distinguished itself as a trendsetter. The world has experienced a wave of cryptocurrencies that are built on a decentralized peer-to-peer network. Therefore bitcoin has become the de facto standard for cryptocurrencies.