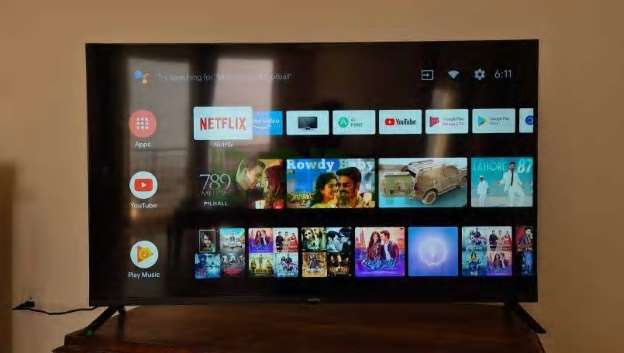 Realme has announced that its budget Smart TVs can now be purchased via offline stores as well. The Android TVs were earlier available only via online channels like Realme.com and Flipkart. The 32-inch Realme Smart TV comes with a price label of Rs 12,999 and the 43-inch variant will cost you Rs 21,999 if you buy offline. The TVs ship with pre-installed apps like Amazon Prime Video, Netflix, and YouTube.

The company is saying that the televisions are now available thorugh 1,250 offline stores across India. These are a part of the brand’s ‘Royal Club,’ which is stated as a privileged club helping expand the Realme branding. If you are interested in buying one of the Realme TVs, read on to know more about it.

The 32-inch Smart TV from Realme comes with HD ready (720p) panel with a 178-degree viewing angle. The 43-inch Realme TV offers full-HD display. These televisions are powered by MediaTek’s powerful quad-core 64-bit processor meant for smart TVs. The architecture is of an ARM Cortex A53 1.1GHz CPU along with Mali-470 MP3 GPU.

They ship with sport Chromecast built-in and HDR10 video decoding. Both TVs come with support for HLG, which is a high-quality format for good picture quality. Realme Smart TV RAM is clocked at 2133MHz, which faster than normal 1600MHz RAM used in other TVs. It gets 1GB RAM and 8GB onboard storage. The Smart TVs also support popular streaming media platforms. You’ll find the Netflix, YouTube, Prime Video, LiveChannel apps pre-installed on the Realme TV.

For more Android apps, you get an option to download these via Google Play store. For audio output, the Realme TV offers 24W down-firing stereo speakers. This is a quad-speaker system of two sets of speakers located at the bottom of the TV panel. Each set accompanies one full-range speaker and one tweeter. Additionally, the televisions use the Dolby Audio MS12B solution for surround sound capabilities.