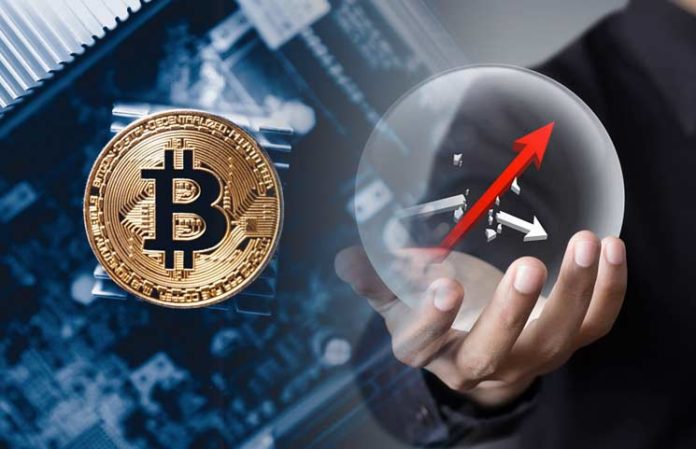 At long last, the crypto market has started to undergo drastic fluctuations. Following weeks of remaining in a lull-esque state, Bitcoin (BTC) broke out of its bear market shell in early-February, posting gains backed by notable levels of volume.

While a substantial amount of time has passed since the aggregate value of all cryptocurrencies pushed from $110 billion to $122 billion in a day’s time, volumes have remained strong, as this nascent market continues to see rapid price action. In fact, Live Coin Watch reports that over the past 24 hours, $14.3 billion has been traded on exchanges, up from the $6 billion lows seen late last year. This simple trend in the cryptocurrency market has led some to claim that a stage is being set for an eventual rally.

Insurance agent turned Bitcoin trader Financial Survivalism, for instance, recently noted that volumes across the board are the highest seen since the last week of 2017, which was when BTC was well above $10,000 and altcoins were surging day in, day out.

Total Market Cap has the most buying volume since the last week of 2017. Don’t think we have ever seen 4 straight weekly bars with that much buying volume. Tells me we are in for a strong bounce & that there will be immense selling pressure if we breakdown support. $BTC $ALTS pic.twitter.com/gbjPZQYVyB

Survivalism recalls that this nascent hasn’t seen “four straight weekly bars with that much buying volume,” leading him to conclude that cryptocurrencies en-masse may be in for a strong bounce, along with a potential rapid sell-off if support is broken in the coming weeks. This trader, who recently called for a BTC breakdown to sub $2,000 to precede a “melt your face off” rally, isn’t the only one calling for a Bitcoin rally due to the recent influx in market volume.

In a number of recent posts on Twitter, eToro’s in-house crypto trader, Mati Greenspan, has drawn attention to why high market activity could be a positive sign for this space moving forward. Greenspan once explained that “more meaningful moves” often go hand-in-hand with higher volumes. He later doubled down on this thought process through a number of mediums.

The Crypto Dog echoed this thought process, noting that if such volume readings are accurate, “we’re about to bust out into a raging bull market.”

But is a stage set for a rally? Some would that yes, yes it is.

Filb Filb recently took to Twitter to explain why BTC hitting $5,000 by May of this year is entirely possible, as reported by Ethereum World News just yesterday.

He notes that a number of technical measures have started to turn in Bitcoin’s favor. Filb specifically drew attention to the 12-hour Moving Average Convergence Divergence, which has begun to trend positive above zero. The analyst also touched on Chaikin Money Flow (CMF), which measures buying and selling pressure, which has begun to signal that there is underlying buying pressure in BTC markets.

Filb adds that over recent days, Bitcoin has begun to test a “macro 14-month resistance” downtrend, and could break into higher lows if it surpasses that level, which would then turn into support. A move above this level, which would push BTC into a “huge void” of volume, meaning that rallies and drawdowns could be accentuated with little-to-zero volume, could mean that Bitcoin could hit $5,000 by May.